There are too many great resources to include them all. Here are some of my favorites. Also check out my list of valuable news sources.

Angry Asian Man–This is a blog about Asian America.

Beauty Redefined–All about rethinking our ideas of “beautiful” and “healthy” that we’ve likely learned from for-profit media that thrives off female insecurity.

Bikini Armor Battle Damage–Poking fun of a being a half-naked warrior woman and home of the Female Armor Bingo Card.

Black Girl Dangerous–BGD is a reader-funded, non-profit project to help amplify the voices of queer and trans people of color.

The Body Is Not an Apology–Through information dissemination, personal and social transformation projects and community building, The Body is Not An Apology fosters global, radical, unapologetic self love which translates to radical human love and action in service toward a more just, equitable and compassionate world.

Moyers and Company–A weekly series of smart talk and new ideas aimed at helping viewers make sense of our tumultuous times through the insight of America’s strongest thinker.

Equal Justice Initiative–A private, nonprofit that provides legal representation to indigent defendants and prisoners who have been denied fair and just treatment in the legal system.

Escher Girls–Archiving and showcasing the prevalence of certain ways women are depicted in illustrated pop media.

Everyday Feminism–Dedicated to a world in which every single person is treated with respect, directs their own lives, and reaches their full potential.

Feminist Frequency–Feminist analysis of race, gender, class, sexuality and privilege in the media.

Feministing–An online community run by and for young feminists.

For Harriet–Celebrating the fullness of black womanhood.

Gay, Lesbian & Straight Education Network (GLSEN)–an organization ensuring that every member of every school community is valued and respected regardless of sexual orientation, gender identity, or gender expression.

The Representation Project –Inspiring individuals and communities to challenge and overcome limiting gender stereotypes so that everyone, regardless of gender, race, class, age, sexual orientation or circumstance can fulfill their potential.

Showing Up for Racial Justice (SURJ)–SURJ is a national network of groups and individuals organizing white people for racial justice.

Some Lady Parts–Calling bull$**t, cultivating selectivity, and fostering discussion [regarding Hollywood casting calls for women]—because”female, non-speaking” won’t work for us.

Stop Whitewashing–A blog that seeks to inform people about whitewashing that happens in the entertainment industry and fandoms.

Trans Student Educational Resources–Dedicated to transforming the educational environment for trans and gender nonconforming students through advocacy and empowerment.

18 Million Rising–18MR.org was founded to promote AAPI civic engagement, influence, and movement by leveraging the power of technology and social media.

Brave New Films–Filmmakers with a mission of championing social justice issues by using a model of media, education, and grassroots volunteer involvement that inspires, empowers, motivates and teaches civic participation and makes a difference.

Female Film Directors Put Together a List of Must-See Movies Made by Women, according to Bitch Magazine.

The Year of the Fighter: The Top 10 Feminist Films of 2014, according to Ms. Magazine.

8 Empowering Movies About Young Women Of Color That You Should Watch ASAP, according to gurl.com.

21 Social Justice Documentaries On Netflix To Watch, according to Bustle

84 Films By and About Women of Color, Courtesy of Ava DuVernay and the Good People of Twitter, a list published by IndieWire. 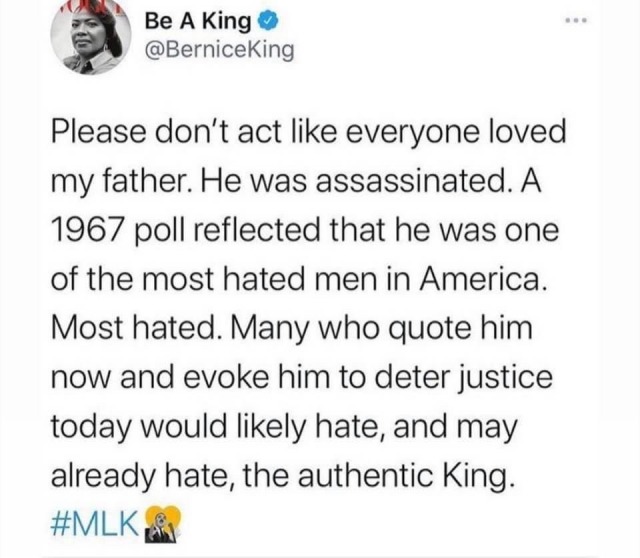 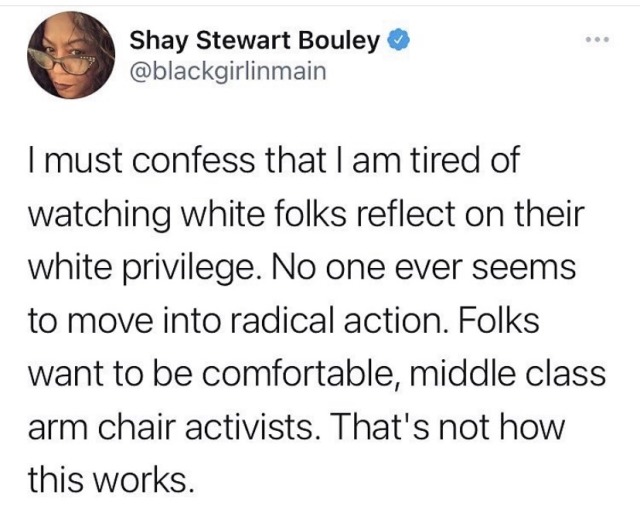 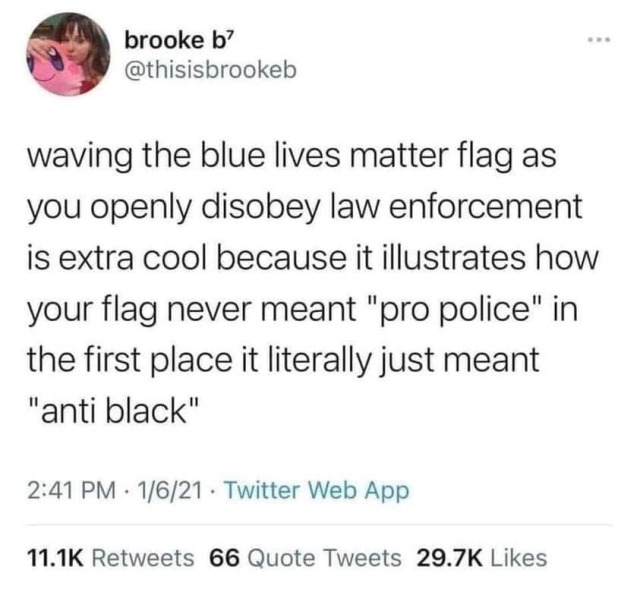 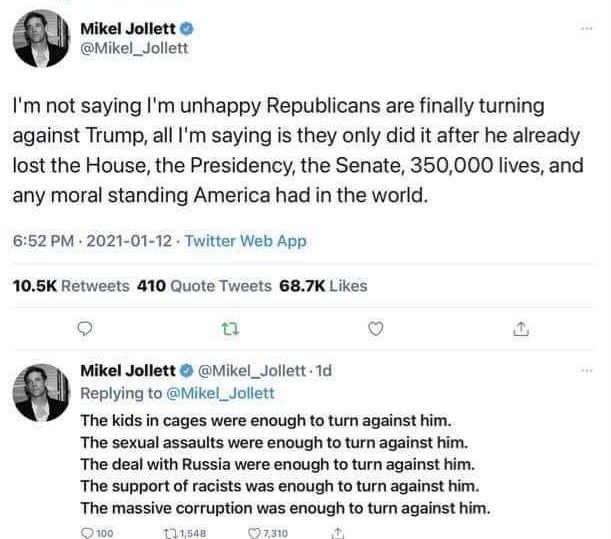 Id Tweet From Ashley Nicole Black Over An Orange 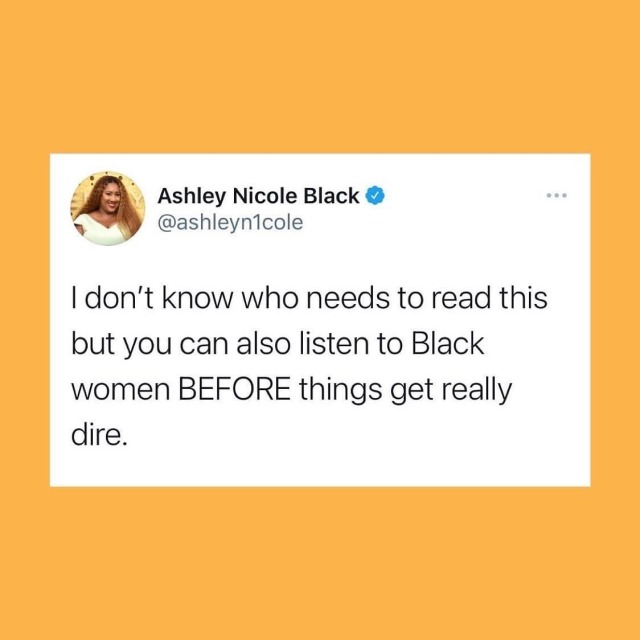 [ID: Tweet from Ashley Nicole Black over an orange background. Text reads I don't know who needs to hear this but you can also listen to Black women BEFORE things get really dire.] 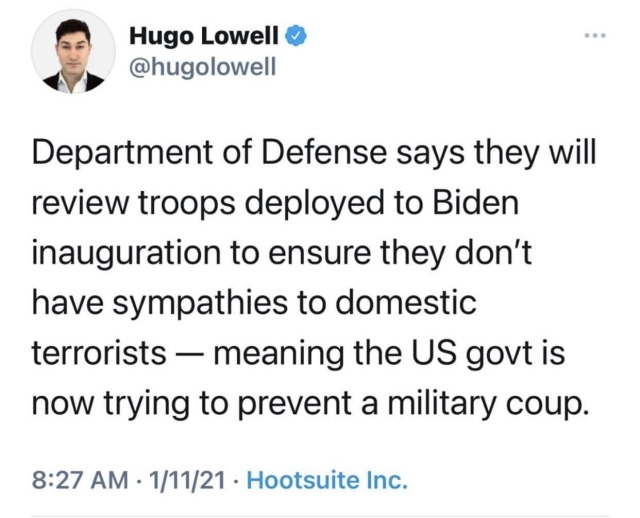 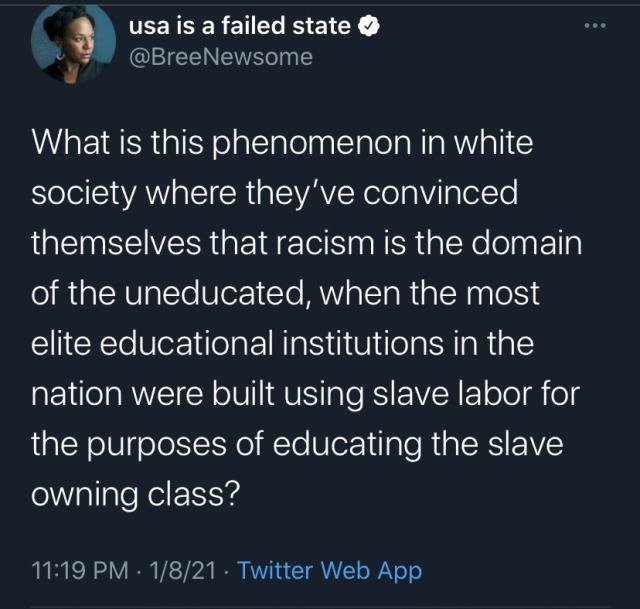 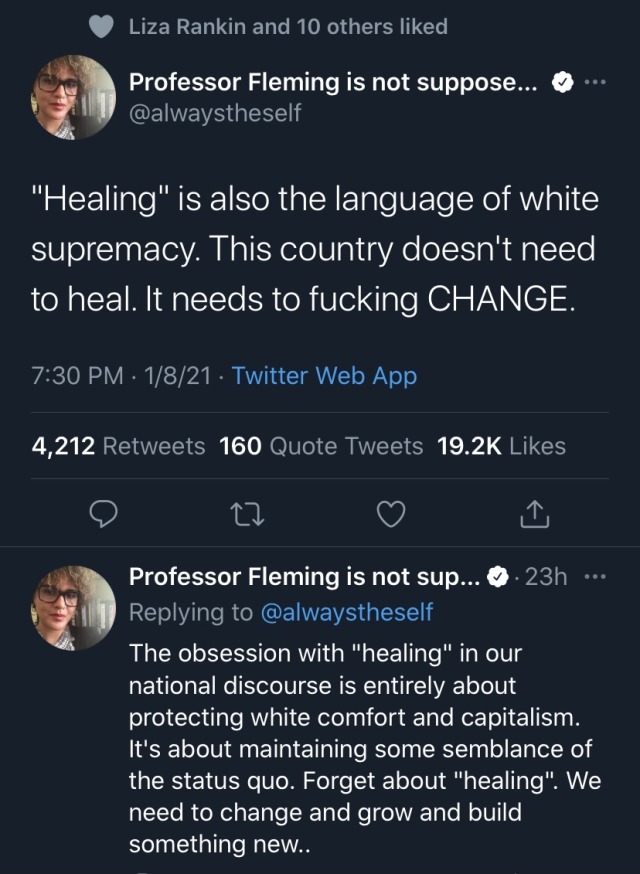 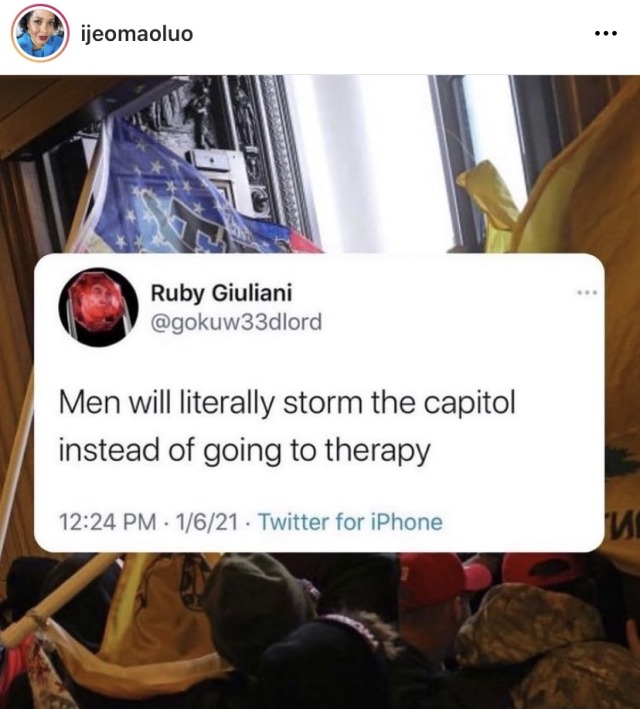