Given My 10-day Suspension, How Is It Possible That I’m Returning to Work on Monday? 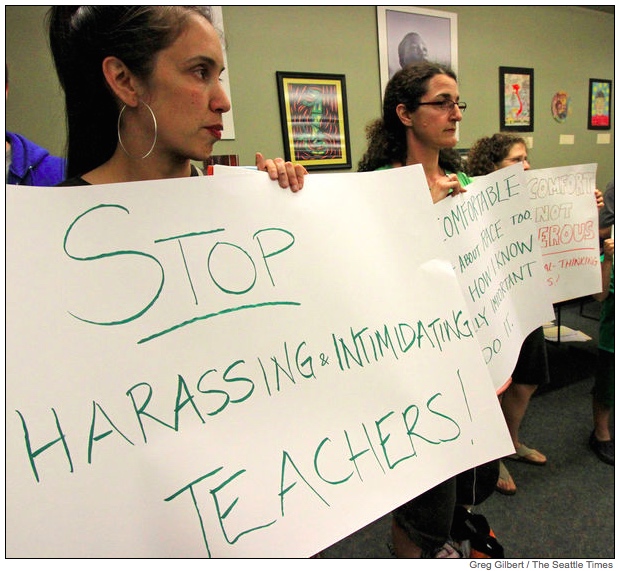 Given my 10-day suspension, how is it possible that I’m returning to work on Monday?

In December, Seattle Public Schools informed the union and me that the 10-day suspension that had come out of arbitration would be scheduled for the start of second semester, what would have been my first day back after a year and a half of exile from The Center School, the school I helped open in 2001. Word spread.

On Wednesday, January 28th, Superintendent Nyland sent me a letter announcing that I had magically served my 10-day suspension during the first semester, which I spent on voluntary, unpaid leave.

Why did the superintendent do this?

Was it to acknowledge the many mistakes on the district’s part over the past two years, including:

Are these mistakes the reason the superintendent moved my suspension and ordered me to return to the classroom on Monday?

Absolutely not. The district has yet to acknowledge any wrongdoing. District leaders have yet to own even one of these mistakes (and the few examples I include do not even make up the complete list).

I’m writing to encourage you NOT to think of my return to Center School on Monday as any sort of win. The 10-day suspension that is now on my record is the harshest punishment possible short of termination. Furthermore, Nyland’s decision to follow through with the suspension is entirely voluntary. Even he has acknowledged this fact.

The district’s last-minute change of heart that sends me back to the classroom on Monday was a strategic decision to avoid more poor publicity and another Center School headache.