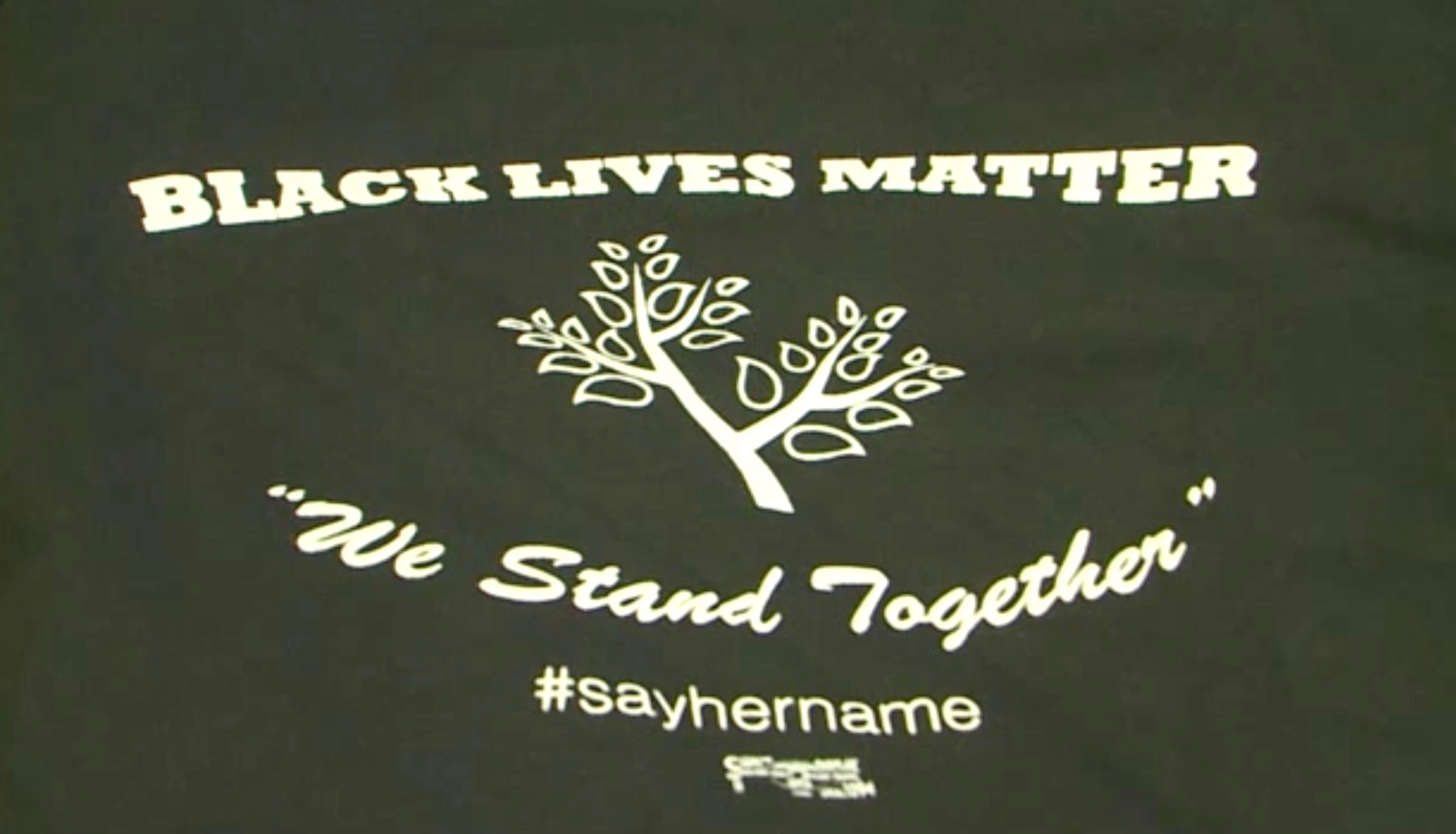 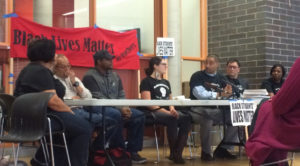 The reality is that, in the present, social change is always met with pushback.

On October 19th, hundreds of educators across Seattle will wear Black Lives Matter t-shirts in support of addressing institutional racism in our schools and in solidarity with John Muir Elementary, which recently faced threats in response to community members’ efforts to support their Black children.

The October 19th action will invariably test the leadership of Seattle Public Schools, because you better believe that there will be pushback – hopefully coming from far, far away – simply because educators want to publicly support their Black students.

Consider that. The district will face pushback – often vile, hate-filled backlash – because its educators openly care about their Black students. What does that say about us as a country?

I’m heartened that the Seattle Public Schools superintendent is also concerned by the district’s deep racial disparities and has publicly supported the day of action.

Yet, I’m fearful how the district will respond when backlash kicks in. And following a recent press conference (find coverage here, here, here, here, and here), it has begun.

And I have reason to fear. 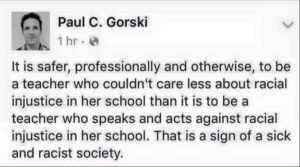 Some of you may remember what happened at The Center School, just months after the district passed the landmark Ensuring Educational and Racial Equity Policy, Policy 0030, in August of 2012. This policy boldly calls for the elimination of “the racial predictability and disproportionality in all aspects of education and its administration” and mandates the use of a racial equity analysis tool.

Would Seattle Public Schools uphold such a groundbreaking policy? The test came in 2013, as the ink on policy was practically still drying, when the district allowed one White family to disrupt a well-established study of race, never once applying the racial equity analysis tool.

The district is now being tested again — and we need to help district leadership pass this test. We need to let them know that Black Lives Matter. Hate can be so much louder than love, so let’s overwhelm the hate mail with love-and-support mail:

The Seattle School Board:

Or if you are pressed for time: schoolboard@seattleschools.org

It doesn’t take long to send support. For example, here’s a short statement by professor Wayne Au, currently garnering support from scholars across the country.

“We, the undersigned professors and scholars, publicly express our support for and solidarity with teachers of Seattle Public Schools and their October 19, 2016 action in recognition of making Black Student Lives Matter in our schools. We hope that these teachers are continually supported by the district, the school board, their union, and parents in their struggle for racial justice in Seattle schools.

Your engagement can help transform the status quo.

When, nationwide, Black preschoolers are over three times more likely to be suspended than White preschoolers, the status quo does not sufficiently value Black lives.

When the federal government is investigating Seattle Public Schools because Black middle school students are four times more likely to be suspended than White students; when Black students are consistently overrepresented in special education and underrepresented in advanced classes; when the research proves that ethnic studies improve achievement for our most marginalized students but we don’t mandate ethnic studies; when Seattle has some of the biggest achievement disparities in the country – the status quo most certainly does not value Black lives.

We are in a state of emergency and more of us need to start acting as such. The action on October 19th is part of a movement to address this emergency.

Whether you live in Seattle or not, we are all connected to this struggle. Let’s help the district pass this test by making it overwhelmingly clear to them that, no matter how vile the backlash, we believe that Black Lives Matter.